WANT TO GET INVOLVED? 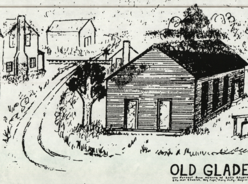 Walnut Grove church of Christ takes its inspiration from Matt 28:19 “Go therefore and make disciples of all nations, baptizing them in the name of the Father and of the Son and of the Holy Spirit:"

As those who were committed to restoring the faith and practice of the New Testament worked their way westward, the first congregation of the church of Christ was established in 1832 at Liberty in what was to become Marshall County. As time passed, the need arose for other congregations to be established in neighboring communities. In 1888, some of the members of Liberty that lived in or near the Glade community began to meet in a barn in Glade that was owned by the Cope family. They also met in the general store that was owned by the Cope’s. In 1898, a building for the church to meet in was started, and it was finished in 1902. The first preacher at Glade was W.A. Utley.

In 1923, the building at Glade was disassembled, and moved up to the Walnut Grove community. The land that would be used for the building was donated by Boaz Hiett. The land for a cemetery was donated by Garfield Cope, and land to be used for a preacher’s house was donated by W.L. Jones. As the congregation grew, there became a need for a bigger building and more classrooms. In 1960, a new building was built directly behind the old one, which was torn down after completion of the new one. With additional classroom space, women were now given the responsibility of teaching the younger children. The new building also had a baptistry, therefore eliminating the need to go down to the “beaver dam”, Clarks River, or to a nearby pond to perform a baptism. Due to continuous growth, additions to the building were made in the late 1980’s (fellowship building), mid 1990’s (auditorium expanded) and also in 2010 (new auditorium).